These are black-and-white coloring book drawings of dragons and a colored picture to give you an idea how to paint them. We can print the drawing scaled to fit the item you want to put it on.  You can then use clay carbon (paper) to transfer the design. And paint with Concepts underglazes for a usable piece or acrylic stains for a decoration. 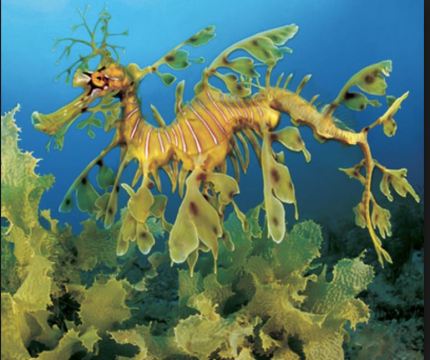 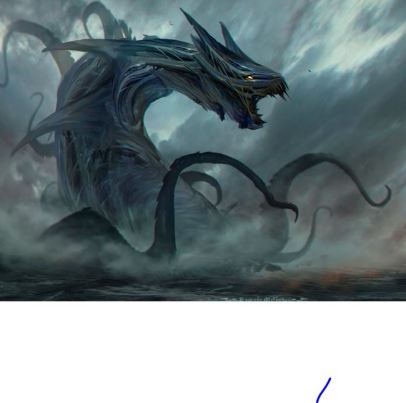 Wyvern, has claws on wings & poisonous stinger on end of tail. 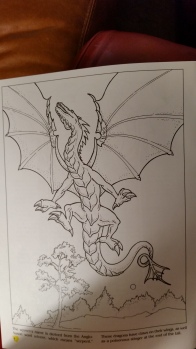 Fafnir was greedy evil sorcerer in Norse mythology who changed himself into a dragon o guard his riches.

Amphitere was a legless serpent with multi-colored feathered wings and peacock-colored eyes in the Middle East and Europe. 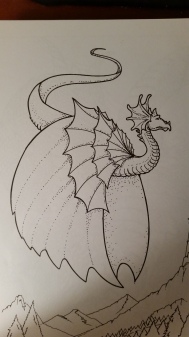 Chinese dragons are beneficial and protective. They have five toes and this fan-tailed dragon is a female. 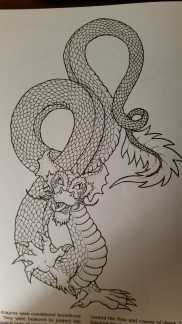 Japanese dragons have three toes. The knot in the tail signifies a male.

Cockatrice or Basilisk, legendary serpent with a crest or comb on its head.

Hydra has more than one head. When he looses one, two more grow in its place. 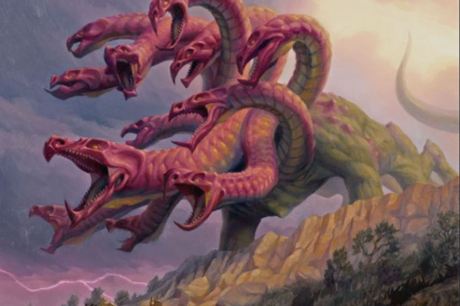 Amphisbaena has a head on each end of its body.

Loch Ness Monster in Scotland has been sighted since the sixth century but still not proven to exist.